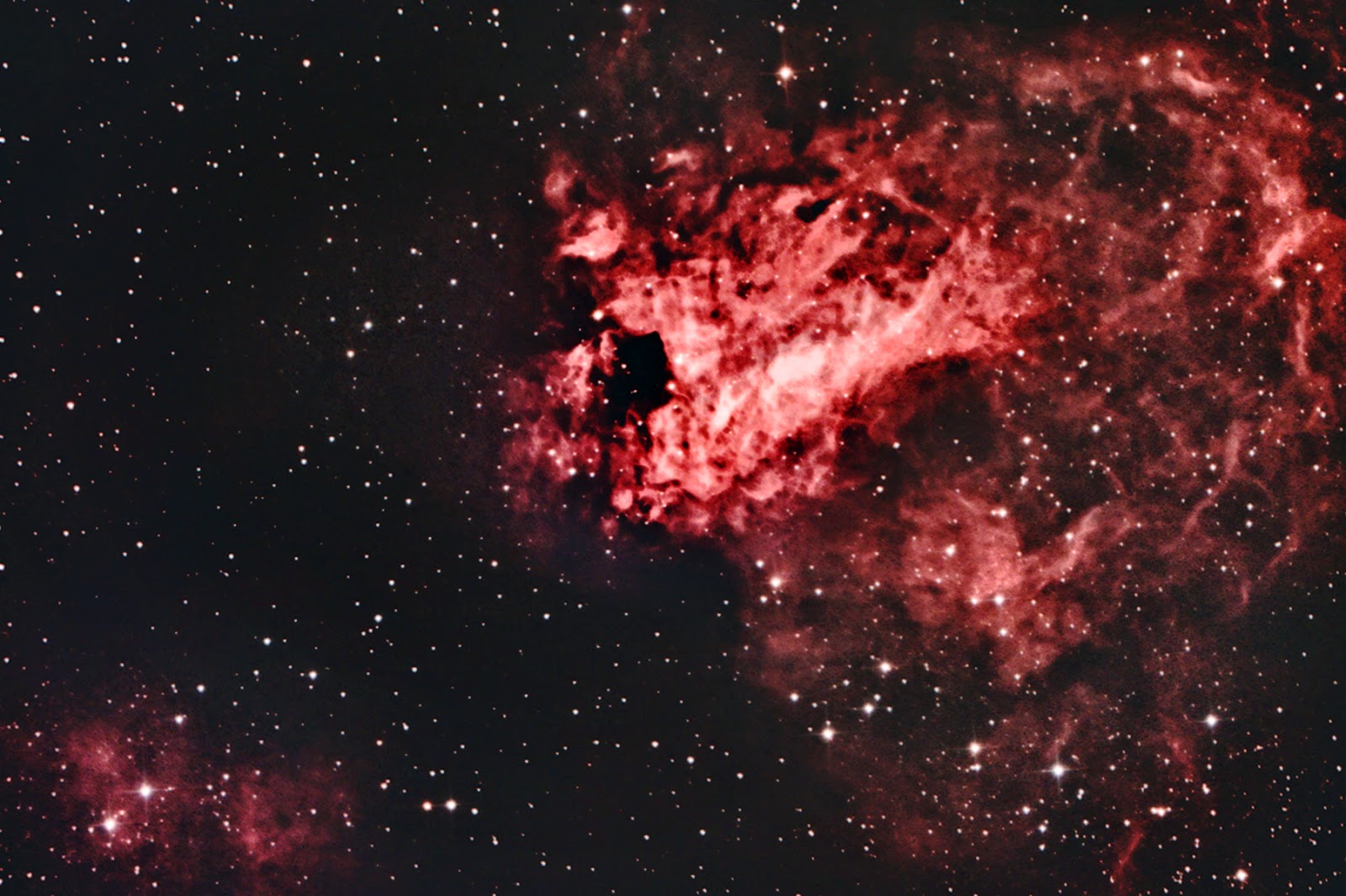 This was taken on the 16th of June 2010, yes, another re-process. I'm stuck at home unable to go to the observatory because of a recent cataract operation, gradually developing cabin fever.
It was taken with the Vixen VMC260L and a .63 focal reducer. Peter and I saw it last month low in the south, quite bright in the Meade 14". Quite low, and just above the local well lit factory about 1/4 of a mile away in the south, followed by Bawtry 2 miles further south. But the sky was clearish to help compensate.
The camera was the M25C, guided by the H9C in the Tak 106. It was stacked by sigma averaging and treated to a Masterflat and a Masterbias, in Astroart. Then passed to Photoshop to be processed as an LRGB photograph. Not sure if that process has helped or my normal adjustments would have produced a better result. The exposure was 14x300sec
No comments:
Labels: Brian Joynes, Nebulae
Newer Posts Older Posts Home
Subscribe to: Posts (Atom)